Kickstarting the energy transition with hydrogen.

The initiative – GET H2

To establish the core for a nationwide hydrogen infrastructure in order to make an efficient implementation of the energy transition possible: This is the goal of the GET H2 initiative. Behind the initiative are companies and institutions that are actively committed to creating a competitive hydrogen market and to making the necessary adjustments to the legal and regulatory framework. In several projects, the partners of the initiative are driving forward the development of the technologies and their market launch and are planning the implementation of infrastructures for the production, acceptance, transport and storage of green hydrogen (H2). 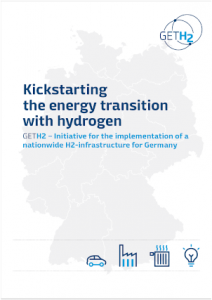 An overview of GET H2, the idea, the first project in Lingen and the necessary political support is available as PDF for download here:

The vision – A nationwide H2-infrastructure for Germany

Germany wants to become as greenhouse gas neutral as possible by 2050. This is what the new climate protection law provides for. In order to achieve this, further key technologies are required in addition to the expansion of renewable energy generation and the corresponding electricity infrastructure. The conversion of electricity generated from renewable energies to hydrogen plays a decisive role in advancing decarbonisation even in those areas that cannot be directly electrified. These technologies are known as Power-to-Gas or Power-to-X.

Together with the transport and storage of H2 in existing infrastructures, this is a key to a successful energy turnaround. In the GET H2 initiative, we want to set in motion the development of the necessary nationwide H2 infrastructure with the coupling of all sectors: We want to link regions with a high proportion of renewable energies from wind and sun with H2 production and consumption on an industrial scale.

The principle is easy: 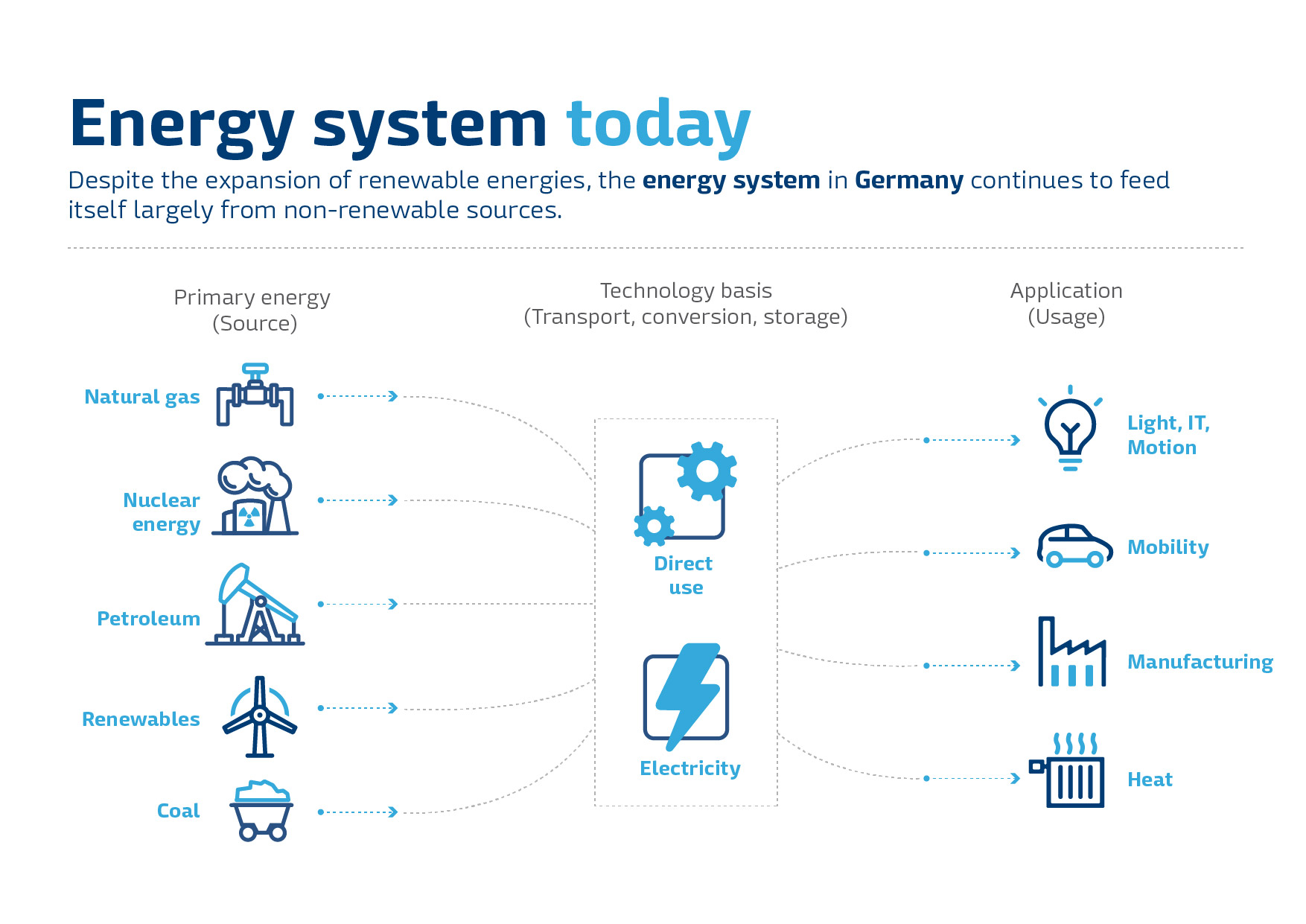 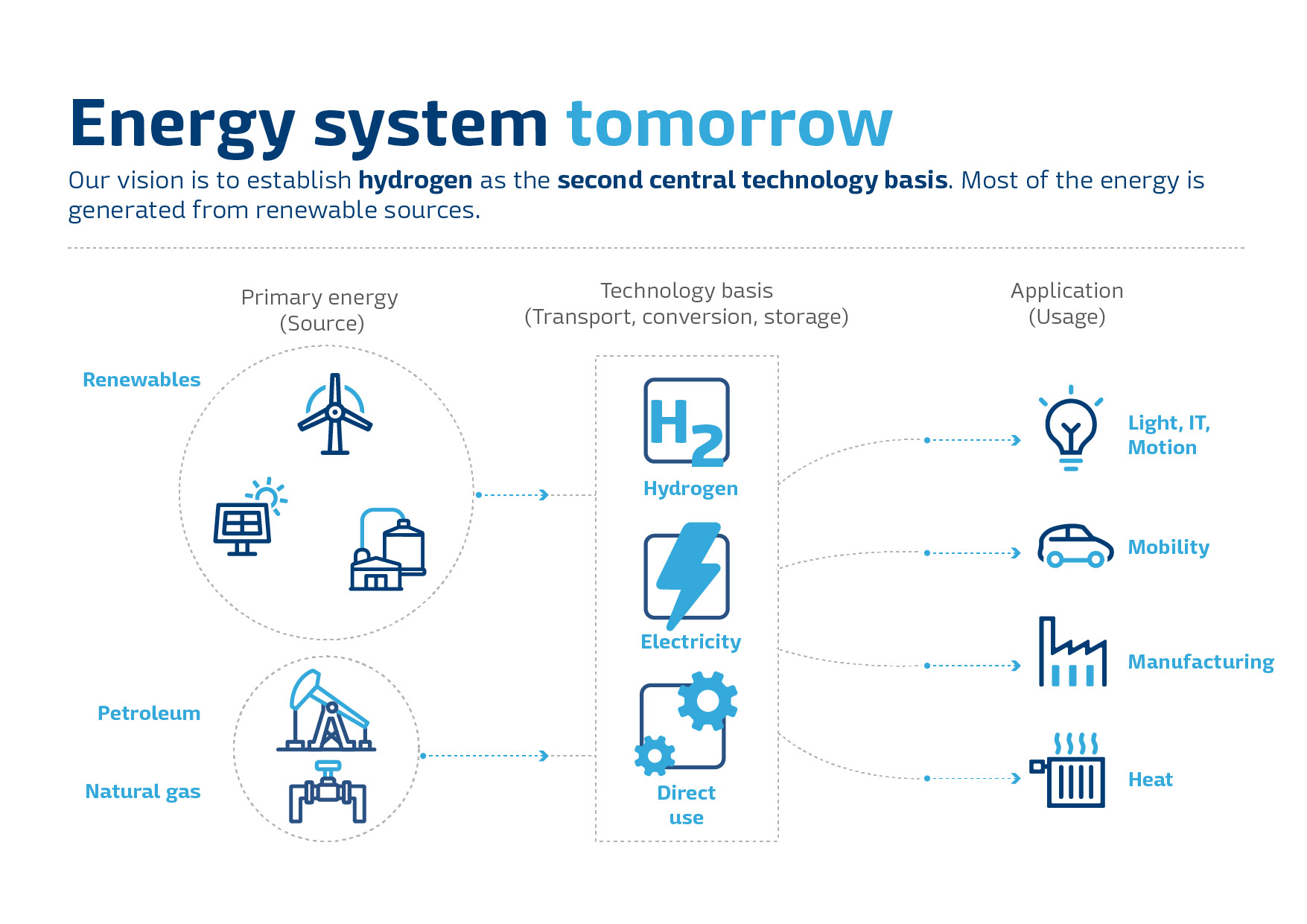 An efficient H2 infrastructure including underground storage is an important component for a secure energy supply. This is also the prerequisite for being able to add H2 to natural gas in defined mixing ratios for the heating market in the future. A gradual increase in the proportion of H2 in natural gas distribution networks could pave the way for a complete conversion to H2.

Using existing gas infrastructures, the German transmission system operators have drawn up the following draft for a visionary Germany-wide hydrogen infrastructure. The key locations of refineries, ironworks and the chemical industry as major consumers of H2 are reached via the network, which is around 5,900 kilometres long. The hydrogen network is also the basis for a nationwide supply of hydrogen filling stations. Source: FNB Gas e.V. 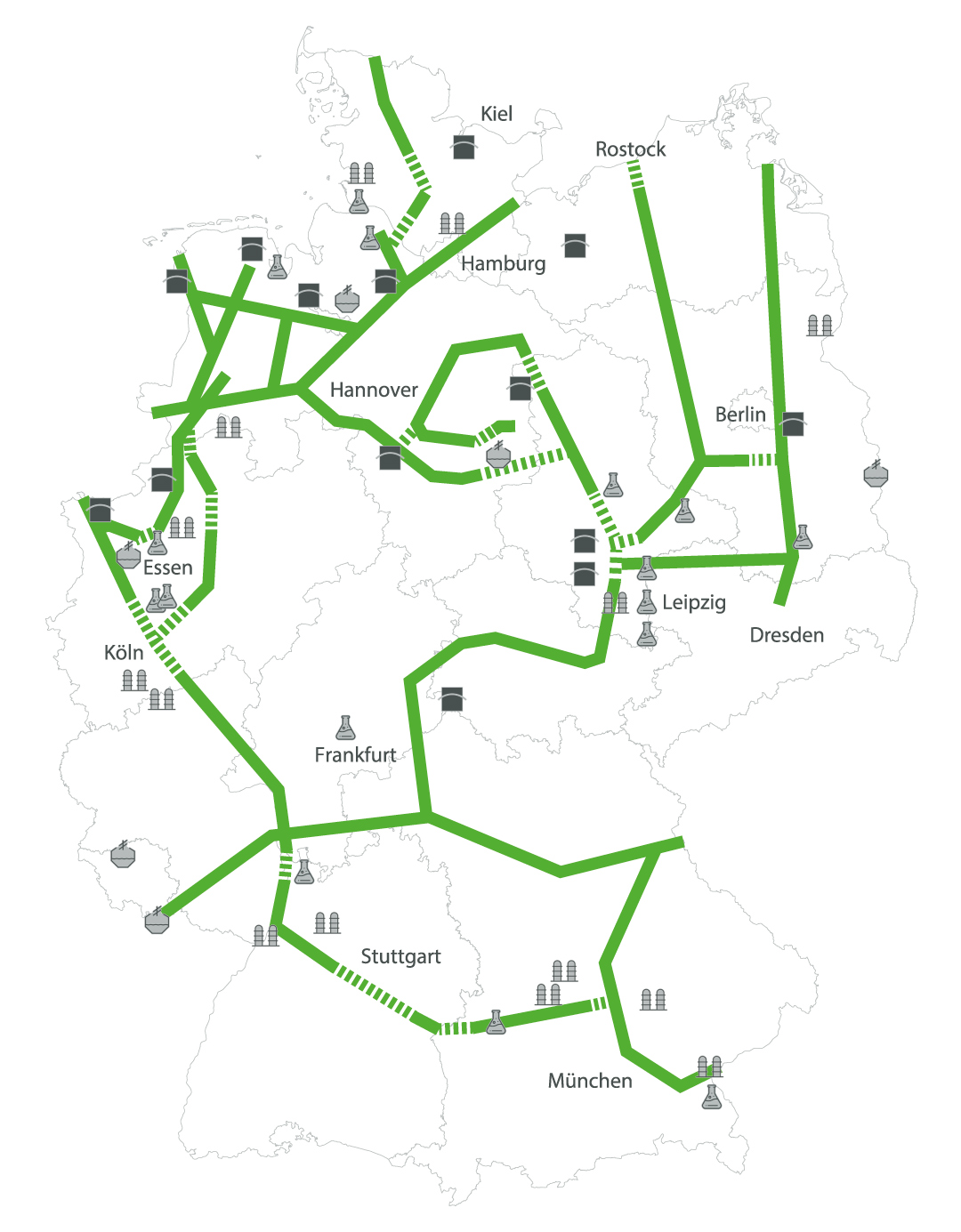