The precursor of the GET H2 Nucleus project is GET H2 Lingen. In Emsland, eight GET H2 partners have planned as a first sub-project the development of a local hydrogen infrastructure, which connects the sectors energy, industry, transport and heat along the entire value chain. 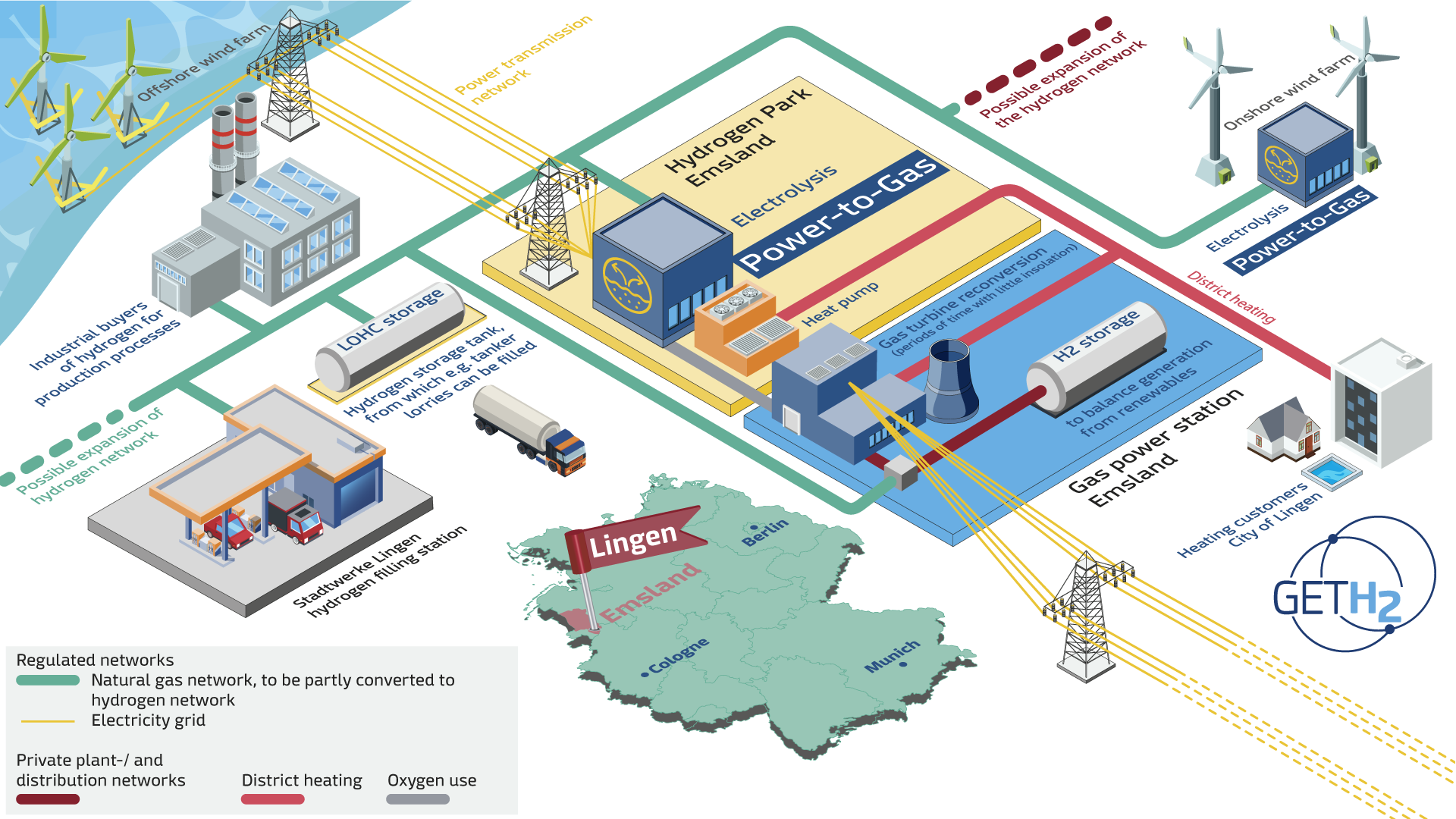 The concept links a number of elements:

Green H2 should be made available to customers in the fields of traffic and transport, industry and energy via the H2 infrastructure. On an industrial scale, the technology, which has so far been tested in many small R&D facilities, should thus be brought to series production readiness in a holistic approach.

GET H2 Lingen had applied for the ideas competition Reallabore der Energiewende of the Federal Ministry of Economics. Despite positive feedback for the overall concept, the project was unfortunately not awarded the contract due to the necessary investment sum in the low three-digit million range.