By 2030, the initiative’s partners want to build on the GET H2 Nukleus to create the core for a European hydrogen economy. From the Emsland to the Ruhr region and from the Dutch border to Salzgitter, the production, transport, storage and industrial offtake of green hydrogen will be linked. The participating companies are continuously expanding the infrastructure along the entire value chain. Connections for all sectors, links to other hydrogen networks and import points are being created. This is the starting point for a European hydrogen economy. The majority of the building blocks are part of the EU’s IPCEI funding program (Important Projects of Common European Interest).

2025: Connection to the Netherlands

The next step is a connection to the Dutch border in 2025. The connection to the import point Vlieghuis will be implemented by GET H2 partner Thyssengas. The transmission system operator is converting existing gas pipelines to transport 100% hydrogen. This step will create the connection to the dutch hydrogen network HYNETWORK. This pipeline network connects Germany, the Netherlands, Belgium and France and links the port of Rotterdam as an important import point. In Lingen RWE is expanding the electrolysis capacity to 200 MW. 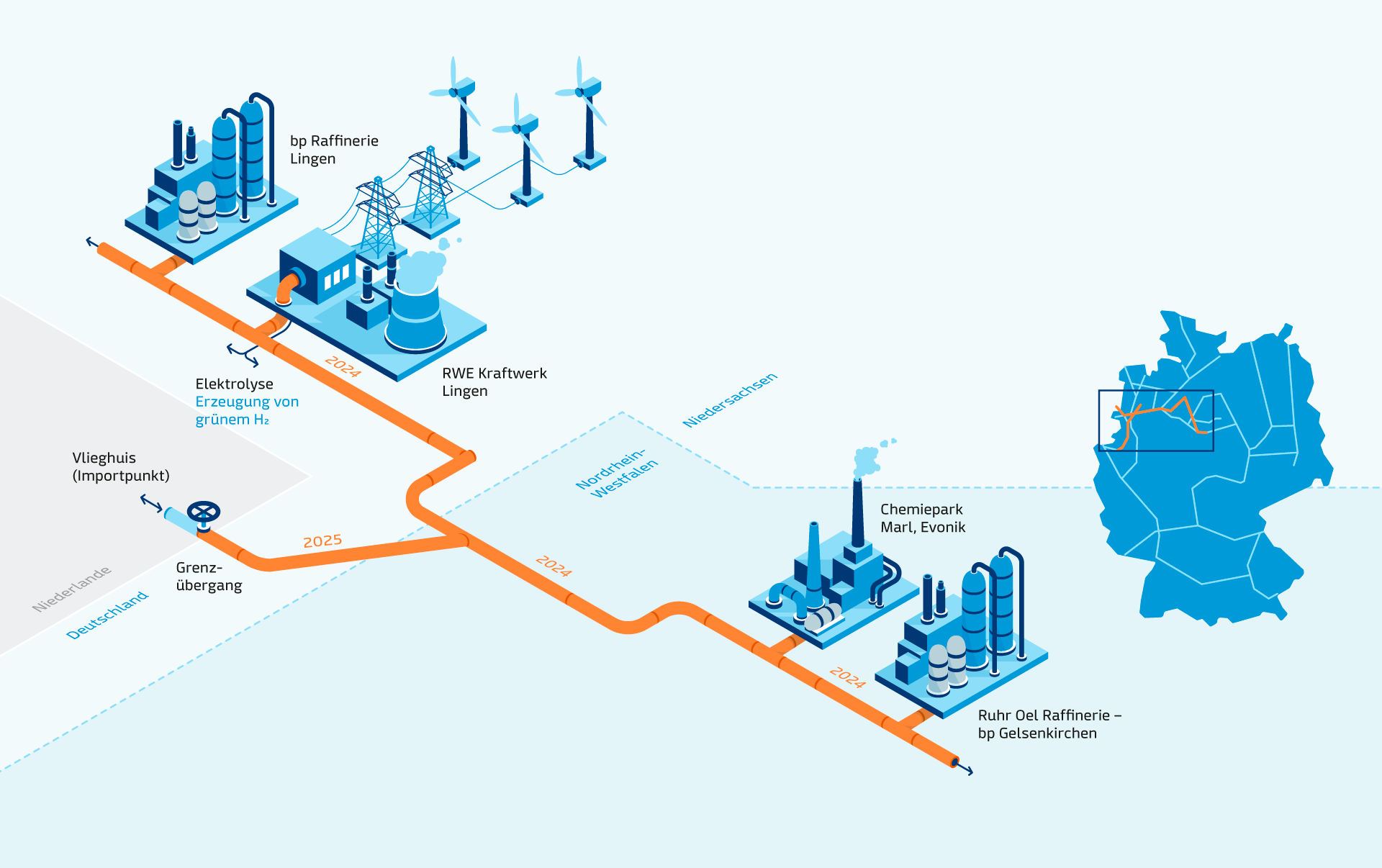 2026: Integration of storage facilities and launch in Salzgitter

Further important steps to expand the infrastructure and increase the performance will be implemented by 2026: 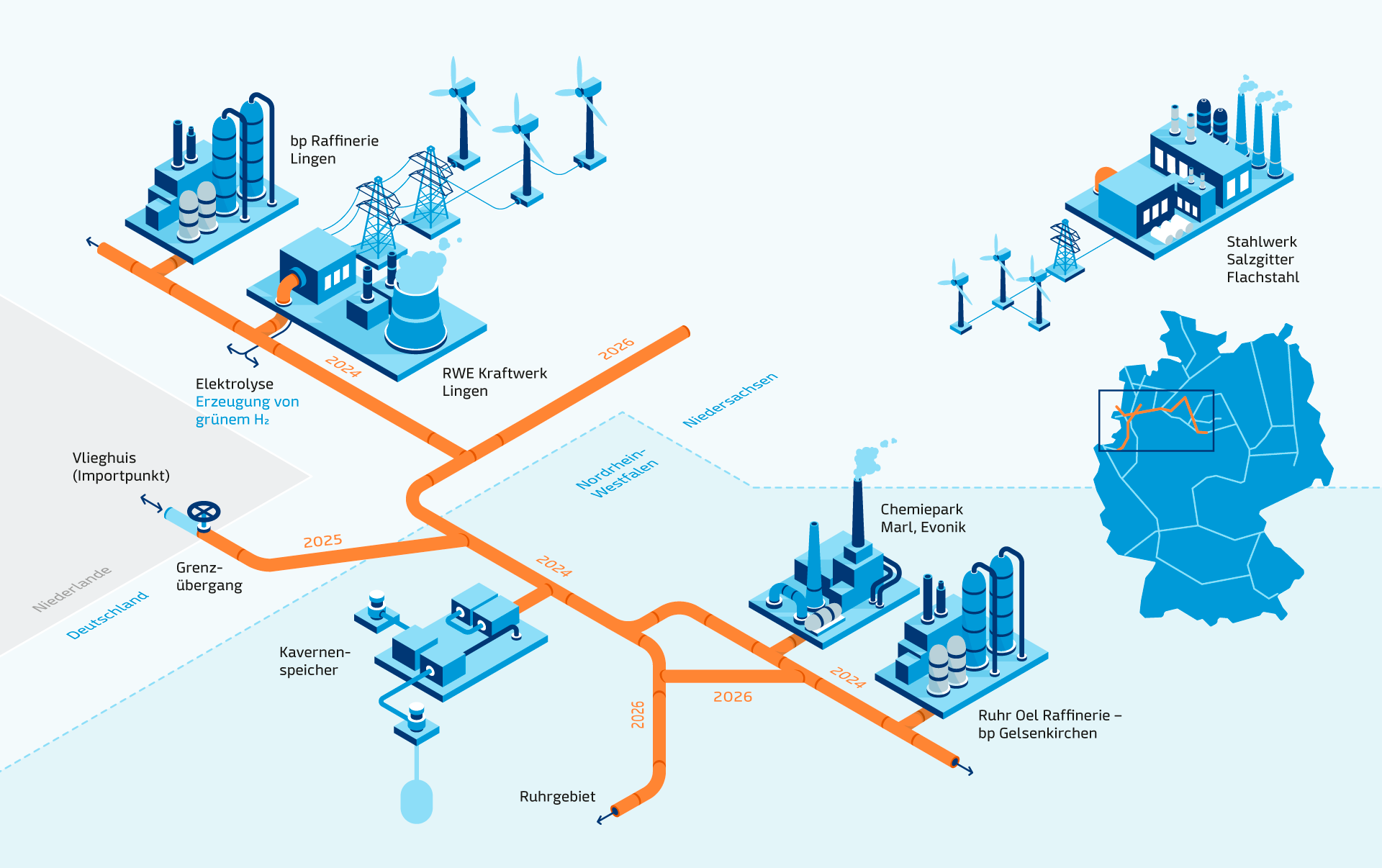 The final step is to connect Salzgitter AG via existing Nowega gas pipelines by 2030, which will be converted to transport hydrogen. By using the green hydrogen in refineries, in steel production and for other industrial uses, the overall project has a CO2 avoidance potential of up to 16 million tonnes by 2030. 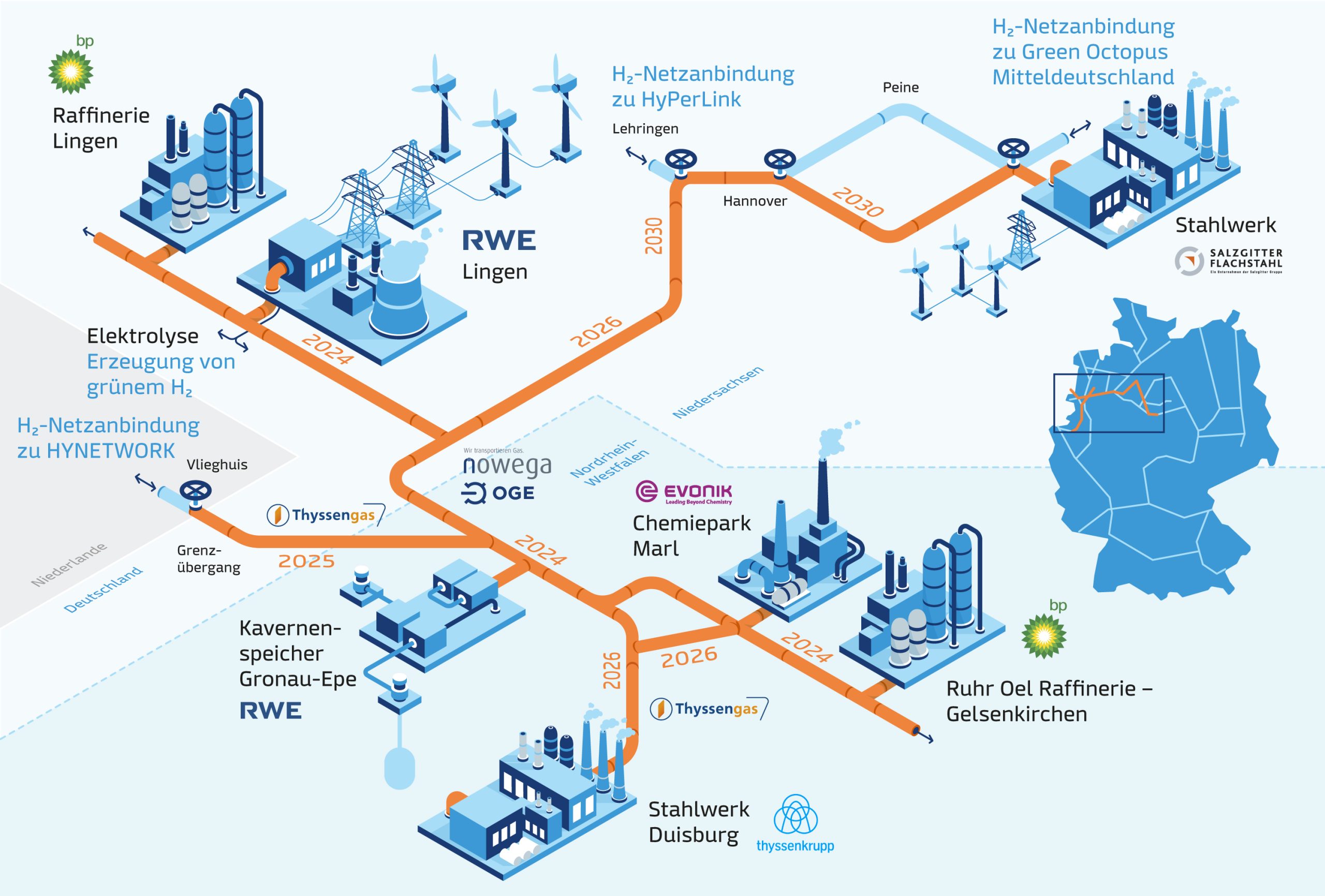 The expansion of the project by partners from the transport sector and for the distribution of green hydrogen in the area is also already in preparation. Other partners of the GET H2 initiative have also submitted expressions of interest for IPCEI funding for projects aimed at establishing a hydrogen infrastructure.